Suffering from a brain injury isn’t something to talk about lightly. Those who survived a head injury can suffer from several neurological and psychological issues, ranging from personality changes, aggression, to memory deficits. But while the patient suffers from their inability to understand what is happening to them, the families and caregivers also have to adjust their expectations and attitude.

When the brain injury has been suffered because of an accident, it is best to call a brain injury attorney in Los Angeles. The lawyer can demand the other party to cover the medical expenses of the person who has incurred a head injury. This is another step to de-stress the patient from having to think about their financial situation.

In some cases, the patient has to undergo cognitive and behavioral rehabilitation either in their residence or in an outpatient setting. This is necessary to regain some skills that they have lost as an effect of the brain injury. Therapies and rehabilitation are expensive since a neuropsychologist will be involved to assess the skills. But how must you deal with the behavioral changes of someone who had to go through a devastating head injury?

Even a person who had a good recovery may still have some personality changes. Someone who used to be energetic and lively may be constantly angry and depressed after the injury. Instead of criticizing their behavior and comparing them to who he used to be, try to embrace this new personality. The more you can accept this change, the better the person can cope and recover.

Head injury survivors may have a temporary memory loss. Some of them are long-term. Others are not. In the meantime, help them with memory exercises, maintaining a routine around the house and making sure that they always have a copy of your address and telephone numbers. Keep distractions at a minimum. Focus on one task at a time.

It may take a while for the brain injury survivor to recover their senses and emotions. For a time, they may not recognize smiling as happiness or crying as sadness. Be patient. Instead of laughing at their inability to recognize emotions, remind them how they used to laugh at something that they watch or that they get sad when they remember their childhood pet. 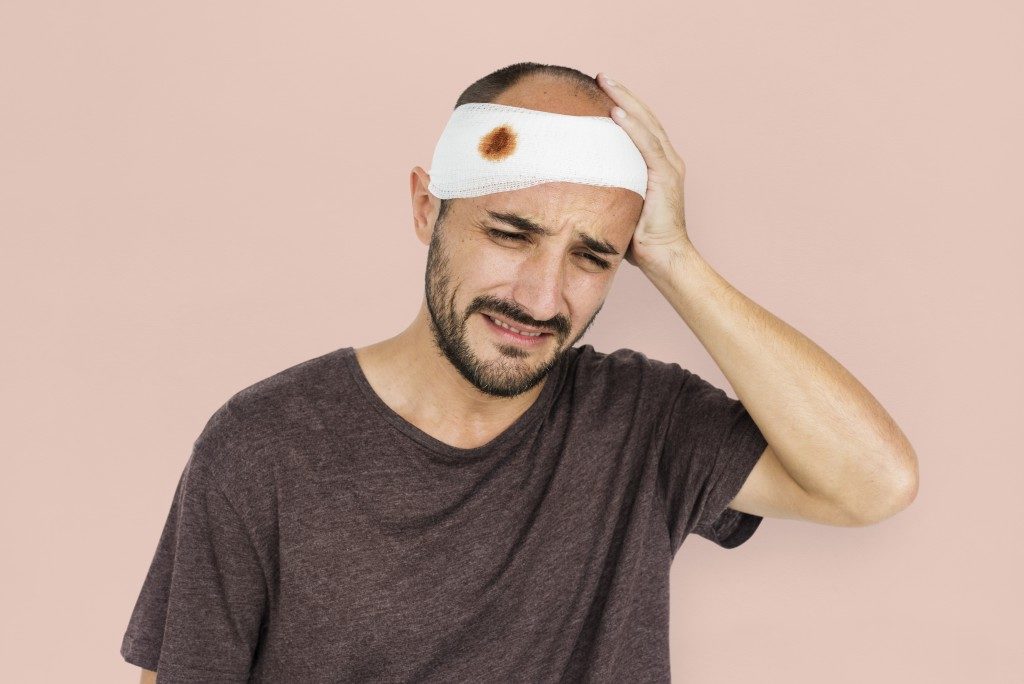 It can’t be helped. Even the most aggressive survivors will be dependent on their caregivers. At some point, you’ll be exhausted and you may want to walk out of this situation. You must get the emotional support that you need as well. You have to take days off, too. Ask another family member to look after the patient for a day while you run some errands or relax in a salon.

You’ve seen these in movies. People who suffered from a brain injury may be aggressive at times. They may throw objects at you and scream at you. Instead of confronting the person, try to understand where this anger is coming from. This isn’t them, remember? Talk to the patient calmly and explain that they cannot act like that to you always. At the same time, seek emotional and even psychological support as a caregiver.

Remember that head injury survivors may eventually go back to who they were before. It all depends on the kind of injury that they have and the parts of the brain that were affected. It is best to consult with your physician and to never miss a therapy. The best way to fight through this is to seek help—both for the head injury survivors and yourself.